2020 Census Results Show That Americans Vote With Their Feet

On Monday, the United States Census released results of the 2020 apportionment count. The results revealed what West Virginia had forecasted for months: We will lose a Congressional seat.

This trend has continued for nearly 60 years in West Virginia,. The Mountain state had six Congressional districts until the 1960 census when we lost our first seat. We lost seats once again in the 1970 and 1990 censuses. And now again with the 2020 census, we will go from 3 seats to 2.

West Virginia’s population decreased by 65,000 people between the 2010 and 2020 census, the most significant population loss of all 50 states.

However, West Virginia is not alone. For the first time in its history, California will lose a Congressional seat. Michigan, Illinois, New York, Ohio, and Pennsylvania are also losing a seat. Colorado, Florida, Montana, North Carolina, and Oregon are each gaining a House seat, and Texas is getting two new seats. 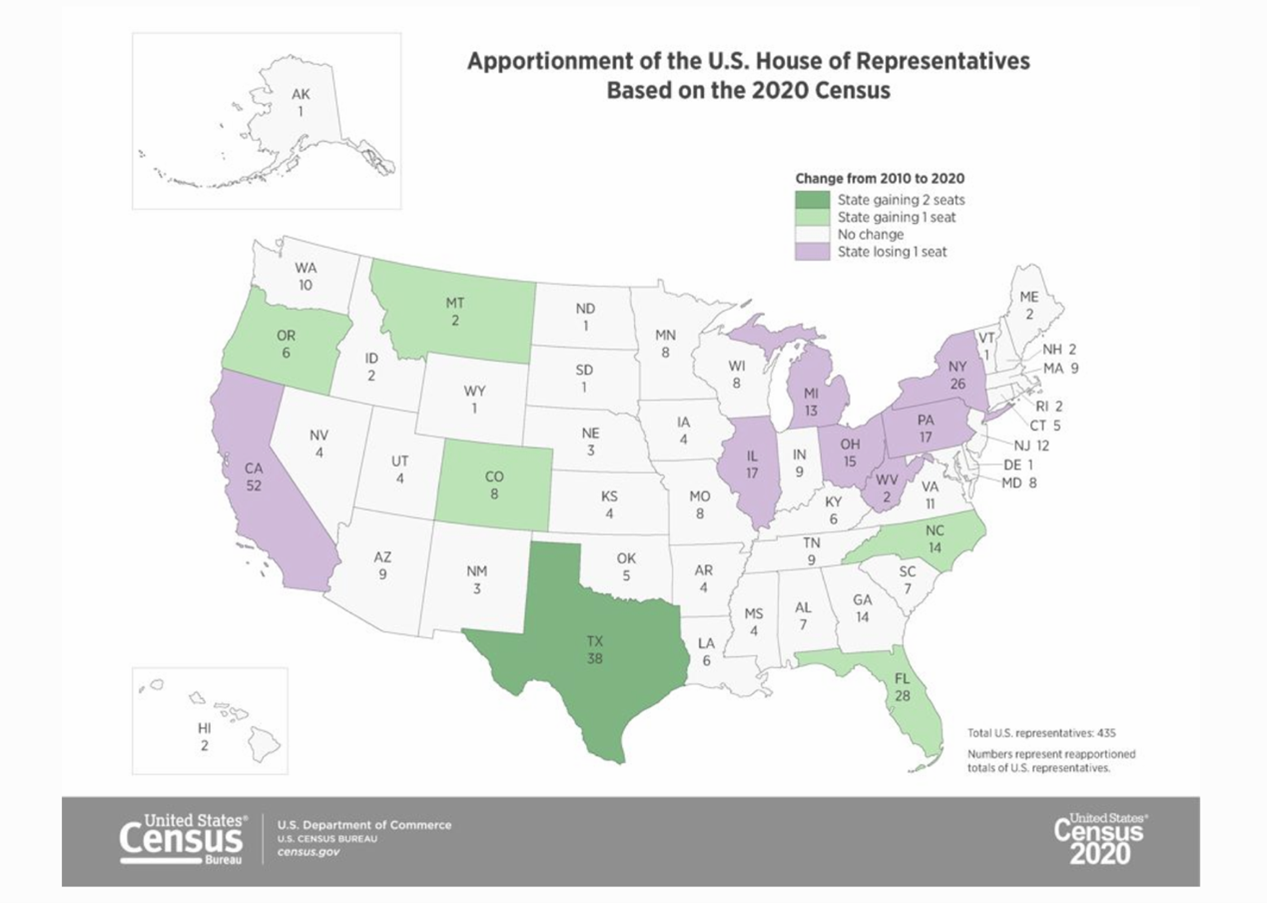 Americans Vote With Their Feet

But these national changes aren’t so shocking if you’re familiar with shifts in attitudes about state level public policy. A poll from the University of California, Berkeley found that more than half of California voters had thought about leaving California for another state, and 71% stated the incentive to move was due to lower housing costs. In comparison, 58% explicitly cited lower taxes. In 2018 alone, 86,000 former Californians moved to Texas.

Texas was the lone state to gain two Congressional seats. Serving as a model for excellent tax policy to the rest of the nation, Texas banned the personal income tax in their state constitution. The Lonestar State also has one of the lowest tax burdens in the nation at 8%. Academic research demonstrates a clear relationship between interstate migration and high personal income tax states. In a previous article, I’ve discussed how people vote with their feet and how lower state income taxes motivate people to move to places like Florida, Tennessee, and Texas.

2020 Census Results Are Proof We Should Cut Taxes

West Virginia has an opportunity to strengthen its position nationally. Since the statistic has been tracked, West Virginia has ranked last in the nation in labor force participation with a rate that floats around 50%. With that kind of legacy, we must promote any policy that encourages work, success, and a better life for future generations of Mountaineers.

The census apportionment is simply the fruition of what we’ve said all along: low taxes drive economic growth. For West Virginia to remain competitive and regain population, creating a freer, more competitive market is essential. That means we need to cut the income tax and reexamine our other SALT burdens as well. If we hope to reverse the last 60 years of population decline, we must act now.