“Taxes Aren’t Convincing, Beaches Are:” Is It True?

Florida has a beach, beautiful weather, and, most importantly, Disney World. Who wouldn’t want to move to the Sunshine State?

This seems to be a wildly popular argument for those opposed to elimination of the personal income tax (PIT), using Florida as an example that growth is not from taxes. However, this couldn’t be further from the truth. While most Americans are favorable to warm weather, it’s not the driver. If it was, people may flock to California as well. Instead, they’re leaving — quickly.

Do They Move For Beaches Or Taxes?

New Hampshire and Vermont are two of the smallest states in the country. They share a border in New England and brutally cold winters, but they differ in nearly everything else. 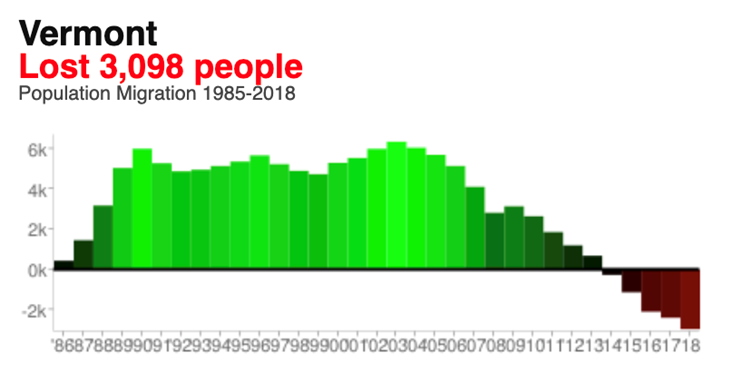 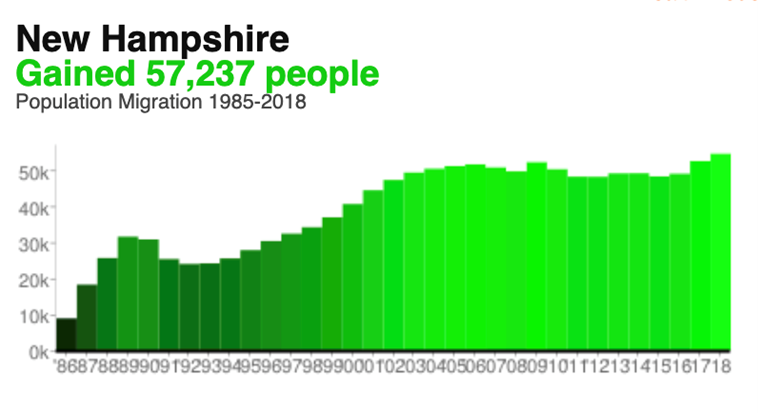 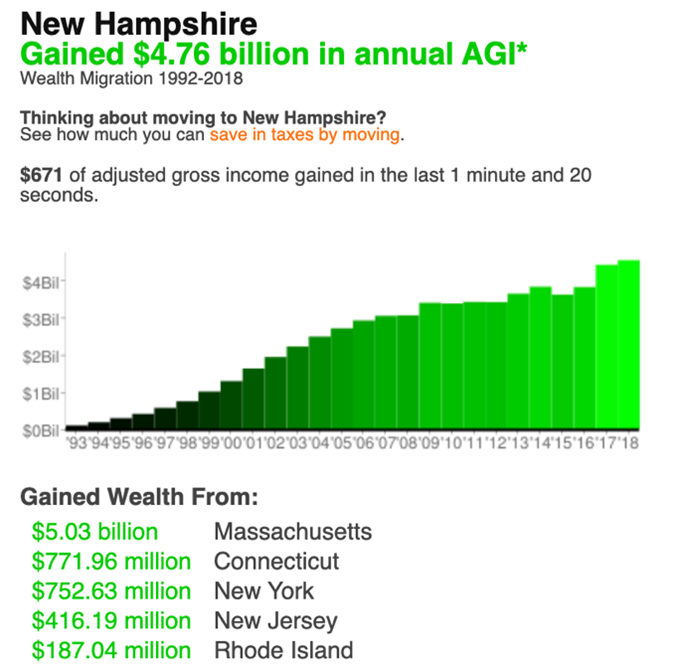 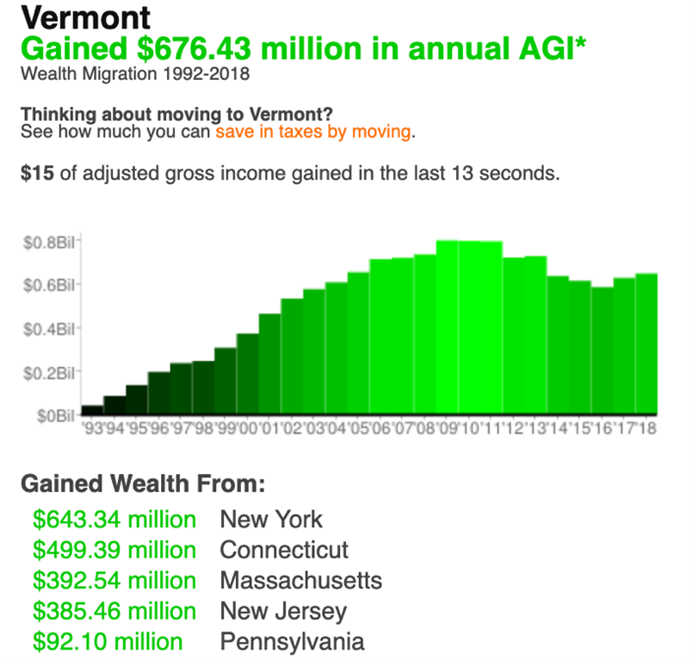 What’s the difference between the two states that causes such a drastic change in growth? It’s safe to say the answer in this scenario isn’t a beach. The answer is simple: taxes.

Vermont’s income tax burden is one of the highest in the country with a top rate of 8.75% while New Hampshire has a flat 5% rate. (Seen in figure 4) 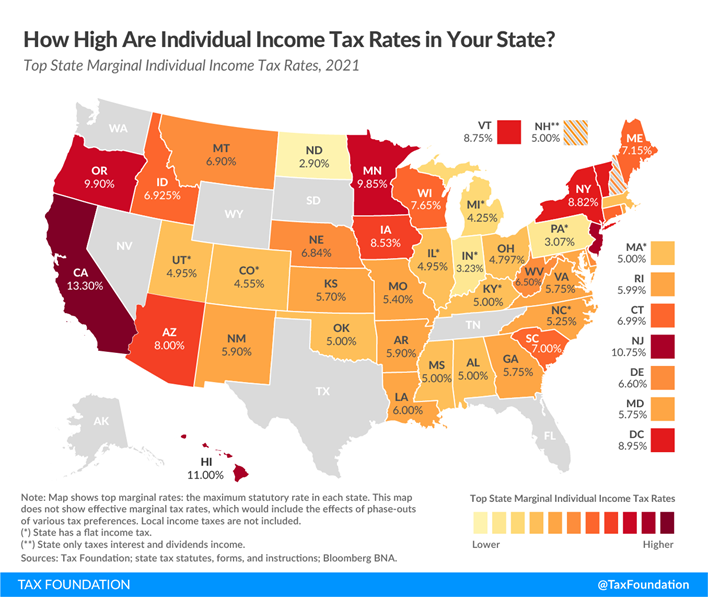 If you still aren’t convinced, let’s look at another example.

The Answer Is Taxes: Kentucky & Tennessee

Kentucky and Tennessee, the homes of Dollywood, the Kentucky Derby, and country music. Two states that share similar values and a love for biscuits in gravy differ in statewide growth. 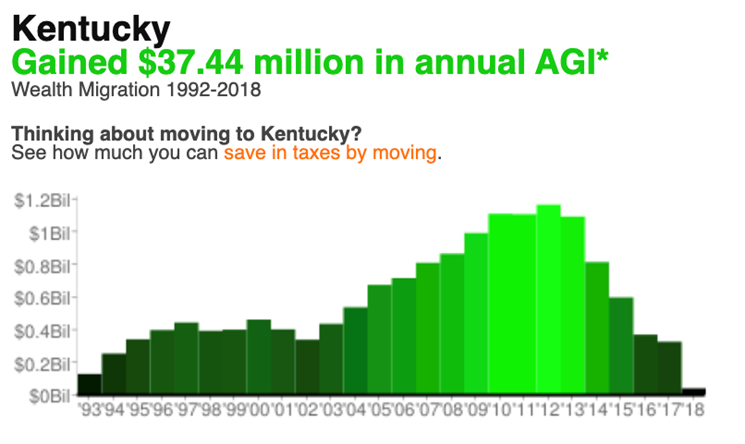 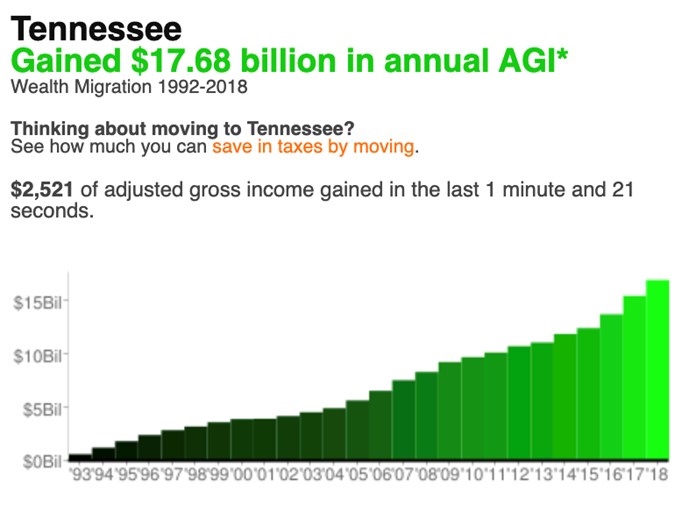 Population has seen similar trends with Tennessee gaining half a million people and Kentucky only gaining about 50,000. Similar to Vermont and New Hampshire, there’s a stark difference in the personal income tax rate. — Tennessee is income tax free; Kentucky has a flat 5% rate.

People are not moving to and from places primarily because of the weather. Low taxes create a positive business environment for states, creating a larger job market and larger wages.

Now, the COVID-19 pandemic has accelerated the growth of states with low tax burdens. New Jersey, New York and California lost the most residents over the past year, the same three states with some of the highest tax burdens.

West Virginia has continued to lose residents since 1985. Lower income and middle-class workers have left the state for better opportunities in competing no income tax states like Tennessee and Florida. (Seen in figure 7) 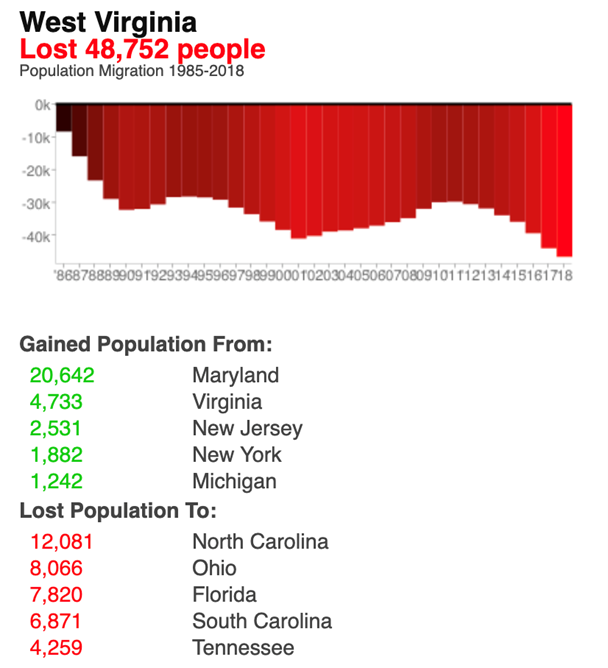 West Virginia needs economic revitalization or the trends we currently see with loss in population and fiscal growth will continue. It is past time to eliminate the personal income tax in the Mountain State.