This year’s West Virginia School Choice Week was a blast! 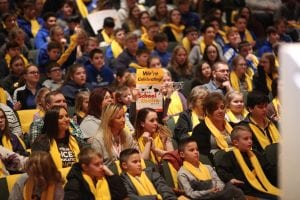 We had nearly 700 students, parents, teachers, and school administrators come out to celebrate education freedom in the Mountain State with us!

Due to the busy schedule of the legislature, Senator Patricia Rucker came out early to get the festivities started.

The students from Appalachian Classical Academy, a homeschool co-op based out of the Beckley area, ignited the energy in the room with their vibrant rendition of this year’s National School Choice Week dance! 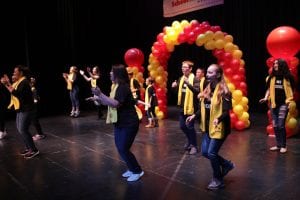 Then the student body of Christian Faith Academy from Boone County led everyone in the Pledge of Allegiance and National Anthem. 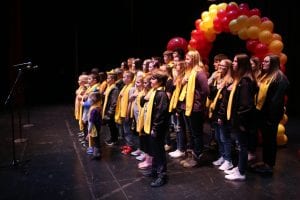 For the second year in a row, our ears were truly blessed by the angelic voices of the Grace Christian School Male Ensemble. 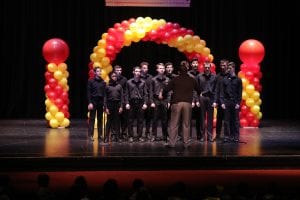 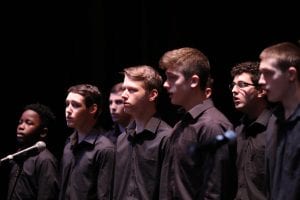 We were also given the opportunity to hear the moving testimony of a teacher from Grace Christian School who shared her personal experiences as both a student and a teacher that led her to support school choice and education freedom.

We were then treated to some comic relief from Sawyer Dennison & Anne Smith, both homeschool juniors from Appalachian Classical Academy who performed a stand-up comedy routine written by Jamie Buckland. 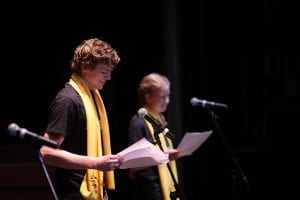 This fun routine was followed by the fantastic performance of 2nd grade homeschool student, Elsie Buckland, singing and playing the song Lava, from Pixar, on her ukulele. 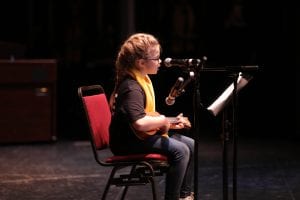 Hanna Williams, a 5th grader from Mount Hope Christian Academy, rounded out the student performances by giving a speech on the importance of school choice to students in West Virginia. 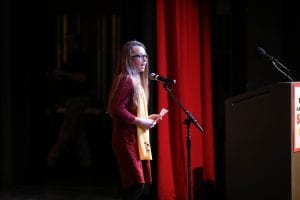 This year’s event was particularly special as we had the opportunity to honor educators, students, and school choice advocates with our inaugural awards ceremony.

The three biggest awards of the day were:

Educator of the Year

We were honored to be able to give the School Choice Legacy Award to Dr. Jerry Fisher. He was unable to be there that morning, so Dr. Dan Brokke from West Virginia Christian Educators Association said a few words on his behalf and shared his experiences working to promote school choice and Christian education in West Virginia with Dr. Fisher over the years. 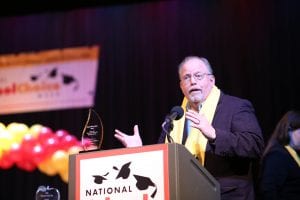 Our Student Voice for Choice award was given to Thessa Bennett, a senior participating in the Classical Conversations homeschool program. The essay she wrote this year was featured in the Ed Post, a national online education magazine! 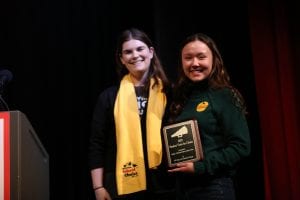 Finally, but certainly not least, this year we decided to honor the educators of West Virginia with an Educator of the Year award. Many teachers go unrecognized ever year simply because they don’t work within the traditional school system. We asked people to submit nominations for the award.

The award winner could be a teacher, librarian, administrator, etc. The ideal Educator of the Year is someone who focuses on the well-being of students, thinks outside the box, and believes in the power of education to create a brighter future for the next generation. This educator has the power to identify strengths in students that they hadn’t seen in themselves before and inspire them to reach their potential.

We received some truly phenomenal nominations for educators from public schools, private schools, Catholic schools, and homeschool families as well.

Our 2020 Educator of the Year, Melinda Watson, is both a teacher and principal at Elkins Christian Academy. She came down with several of her students to accept the award. Pastor Jamie Estep of Elkins Family Worship Center surprised Melinda with a touching tribute to her hard work. We were so happy to meet her and have the opportunity to thank her for her service to the students and families of the Mountain State. 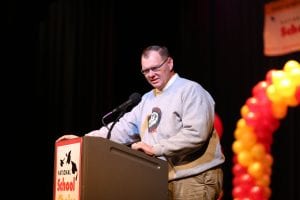 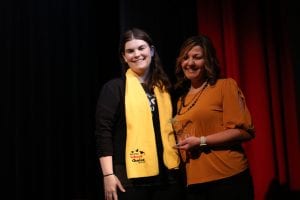 Our program for the morning was closed out by our very own Executive Director, Garrett Ballengee, and we took some fun group photos with our iconic yellow scarves! 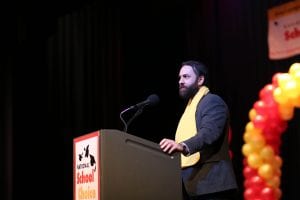 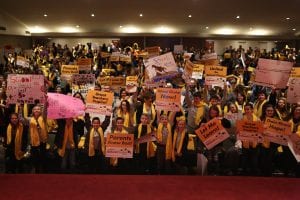 Amanda Kieffer is the Communications Associate for the Cardinal Institute for WV Policy and was this year’s School Choice Week Emcee.