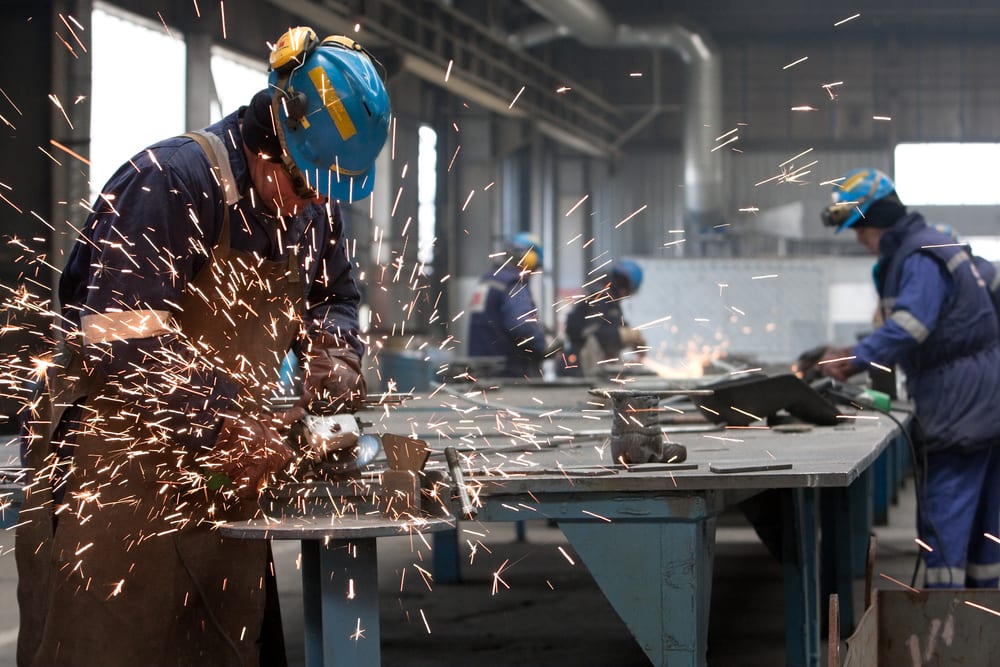 How a Blue State Came to Love the Right to Work More than half of the states in the country have adopted right-to-work laws. And almost every state in the South is doing it. Currently, Kentucky and West Virginia are the only states holding out.

At the end of a long political road, West Virginia may have arrived at the place conservatives think the Mountain State belongs. The Republican-controlled legislature has sent a right-to-work bill to the desk of Gov. Earl Ray Tomblin, a Democrat.

The governor has promised to block the legislation. But Republicans say they’re already lining up the votes to overcome that veto. Barring any unforeseen developments, West Virginia soon will become the 26th state to adopt a right-to-work law.

Long a bastion of organized labor, West Virginia has remained a blue state for most of the 20th century, voting in presidential elections for Democrat Franklin Roosevelt in 1932 and against Republican George H.W. Bush in 1988. But its place on the political spectrum may have shifted significantly.

The Obama administration’s regulatory “war on coal” created casualties in the fossil fuel-dependent state and an opportunity for Republicans in 2014. During state elections that year, “it seemed like everyone was running against Obama,” Mike Plante, a longtime Democrat strategist based in Charleston, W.Va.,told The Daily Signal.

The Grand Old Party won big, taking control of the state legislature for the first time in 83 years. At the top of the Republican agenda: bringing West Virginia in line with the rest of the South on the right to work.

More than half of the states in the country have adopted right-to-work laws. And almost every state in the South is doing it. Currently, Kentucky and West Virginia are the only states holding out.

The legislation advanced out of the state Senate by a party-line vote, 17-16. The House last week followed suit, approving the measure 54-46. Tomblin has until Thursday to veto the bill.

For workers, the measure wouldn’t change much. It simply ensures that the decision to join a union is voluntary and that employees cannot be forced to pay union dues. But for state economies, it could change everything. It’s a prerequisite for many manufacturers, who say they’ll locate only in right-to-work states.

West Virginia wants a piece of that action. Proponents say the move would provide a more hospitable environment to attract much-needed industry.

Majority Leader Mitch Carmichael, a Republican, has led the push for the legislation in the state Senate since 2014.

“We realized it might be a politically unpopular thing to do,” Carmichael told The Daily Signal. “But under previous leadership, West Virginia has taken the easy route, and the result is our last-place economic finish.”

The Mountain State has been traveling downward on a rocky road in recent years. It ranks toward the bottom in most measures. In part the result of an anemic coal economy, the state regularly runs a budget deficit, and only half of West Virginians can find a job.

For seven consecutive years, Gallup has ranked West Virginia as the most “miserable” state in America, based on its polling.

Looking to neighboring right-to-work states, Carmichael says he hopes the legislation will “result in higher growth rates and just give us a chance to move up the economic ladder like everyone else.”

And although the Senate majority leader stopped short of calling the law an economic elixir, he pointed to a positive study by West Virginia University’s Bureau of Business and Economic Research.

Commissioned by the legislature, the WVU study reported that employment in right-to-work states “grew more rapidly” than in states without such a law and “by a factor of 5.7 between 1950 and 2014.”

The study also concluded that the policy “leads to long-run rates of GDP growth that are around 0.5 percentage points higher” than states without the law.

Hoppy Kercheval, a longtime commentator on West Virginia politics, wrote that the law would result in $325 million in new growth—something he called a “needed improvement” but “certainly not a boom.”

But Minority Leader Jeff Kessler, a Democrat, disputes those numbers and suspects Republican motives for pushing them. The bill amounts to “a political tax on labor unions,” he said.

Since coming to power, Republicans have “been running the political playbook of the Koch brothers,” Kessler said. “It’s very telling that their entire agenda seems to be trying to hurt people. I don’t see anything that they’re advancing to help people.”

Carmichael and Kessler both say they expect a fight in the next election. The minority leader said “the labor community, workers, and state employees” are mobilizing.

National advocates on both side of the issue flocked to West Virginia as the debate amplified in recent years. They continue to choke local media markets with ads and deploy grassroots activists in a lobbying blitz on Charleston.

Dozens of national and local labor unions rallied in opposition. At a demonstration in front of the state house last March, AFL-CIO President Richard Trumka promised to punish lawmakers who support right-to-work. Hetold the crowd:

We know who they are. We know what they are … [and] when you turn the light in a dark room full of cockroaches, those cockroaches scatter for cover everywhere. We’re going to turn the lights on them every day until we take this state back.

So far, labor unions have made good on that promise. The West Virginia Democratic Party has registered challengers against every Republican supporter of a right-to-work law in the state Senate. And Carmichael isn’t surprised.

The Senate majority leader said members of his party knew they could “incur a political cost,” but “they’re willing to make a hard decision and do the right thing.”

But that hasn’t stopped both sides from targeting one of the state’s key voting blocs: coal miners.

Phil Smith, a spokesman for United Mine Workers of America, said nonunion workers benefit from safety protocols negotiated by unions. He argues that the legislation could be especially damaging to collective bargaining and do irreparable harm because of “inherent dangers in coal mining.”

Smith calls right to work “the right to freeload.”

That’s a characterization that Jason Huffman, state director for the free-market group Americans for Prosperity, flatly rejects. He says union bosses have been using “scare tactics” to prove their point and notes that the current right-to-work bill “doesn’t do anything to roll back state or federal safety measures.”

Huffman points to an AFL-CIO “Death on the Job” study that reported that 23 of 25 right-to-work states had fewer fatalities than West Virginia.

Since early 2013, Americans for Prosperity has mined support for the effort. The son of a West Virginia coal miner, Huffman describes his group’s efforts “as an attempt to get us out of last place, and to bring jobs back into this big beautiful state.”

Although the Mountain State may not see an economic upswing immediately from the right-to-work campaign, upcoming elections will provide a roadmap.

“This November will decide if the state continues to become more of a red state like the rest of the South,” Kercheval said. “Republicans and Democrats are all on the record. It’s a defining moment for West Virginia’s political landscape.”