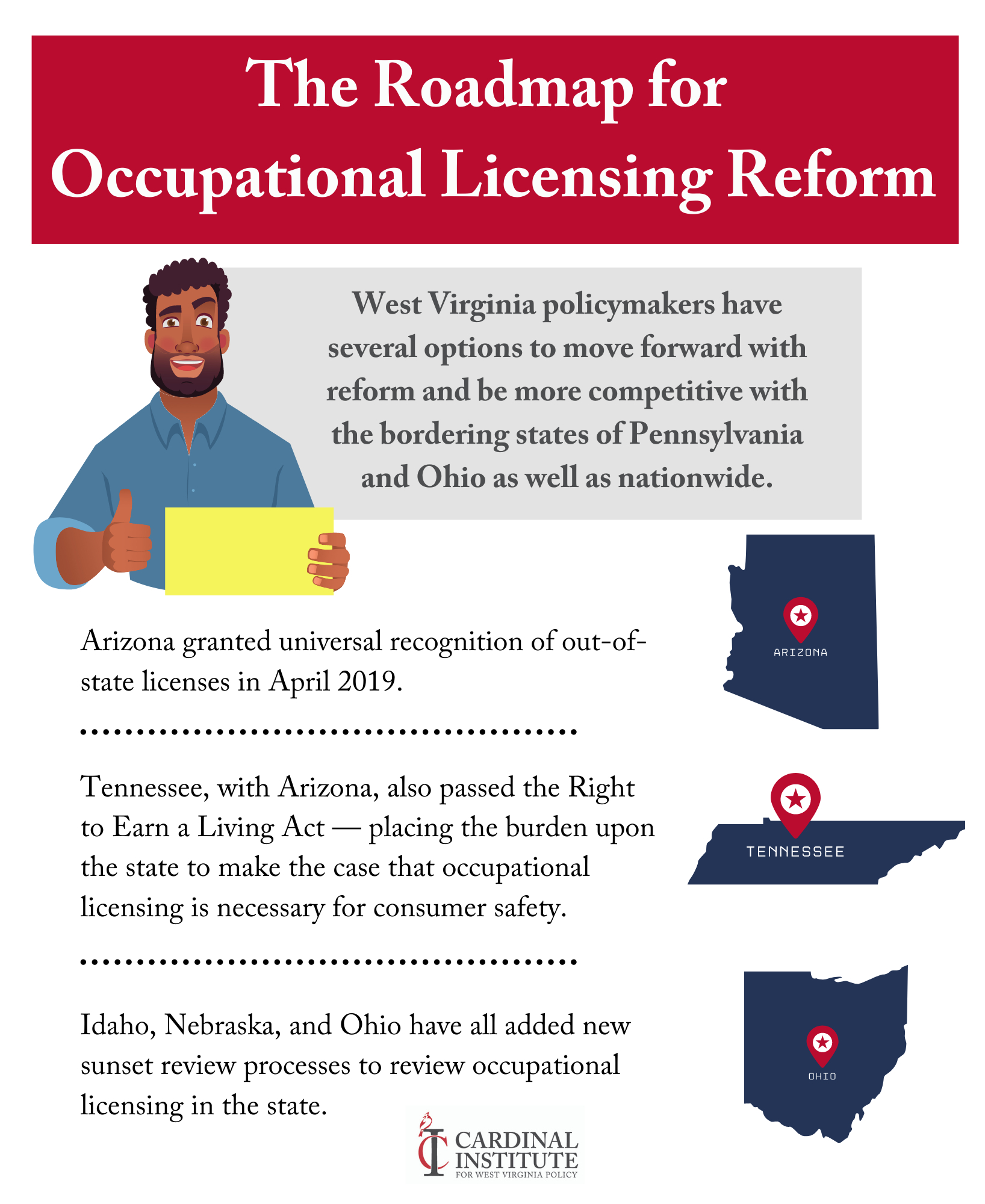 What Is Universal Occupational Licensing Recognition?

Now, I know that’s a mouthful. A similar but slightly different concept is reciprocity. It’s like when you move to a new state, and you have to transfer your driver’s license to that state. You have to check in with the DMV or other appropriate officials to get a new license and pay the fees. The beauty of it is that you don’t have to retake your driver’s test or start all over with driver’s ed.

Universal occupational licensing recognition is similar in that it reduces the barriers to working for people moving from one state to another. However, it’s different in that it’s a one way street. Unlike reciprocity, where both states recognize each others licenses, universal recognition is one state allowing others from out of state to transfer their licensure more easily.

Generally this looks like lower fees, less paperwork, and less time waiting to have your license transfer approved. States like Arizona have seen great success in creating laws that provide this kind of occupational licensing transfer for those looking to move to their state. For West Virginia, with declining population and the nation’s lowest work force participation rate, this could be a saving grace.

Now, it’s not a complete free for all. There are still some restrictions. Those looking to transfer their license have to be licensed in another state for at least one year. They also must be in good standing with the state they’re licensed in. This ensures that they do have some of the skills and experience required for their profession. It also weeds out anyone who might be looking to get out of trouble and just wants to escape to another state.

While universal occupational licensing recognition will help all kinds of professionals, it is particularly helpful for veterans and their families. It’s well-known that military members have to move to different states fairly frequently. Often times their spouse will be licensed in a profession and will have to transfer that license wherever they move. This can take months of time and cost a lot of money — making it more difficult for military members and their families to move when their job requires it.

My sister in law is a licensed physical therapist assistant. In the past when she’s had to move with her husband, a captain in the Army, it has taken her as much as six months to get her licensure transferred from one state to another. There’s lots of paperwork, hours of phone calls, and hundreds of dollars involved – just so she can work. Universal recognition would make this process for the spouses of military members, like my sister in law, simpler. She wouldn’t have to miss out on months of work just to transfer her license.

West Virginia should remember our country’s service members and their spouses when thinking of licensure reforms. Additionally, think of all the other workers who have to move due to life’s circumstances. Hopefully, when they have the opportunity to come here, we can make that transition a bit easier for them. Universal occupational licensing recognition would give workers more freedom of mobility and help them feel welcomed in their new home.

Amanda Kieffer is the Communications Director for the Cardinal Institute for West Virginia Policy.

You can learn more about how West Virginia’s occupational licensing restrictions compare to our neighbors of Ohio & Pennsylvania through our research.