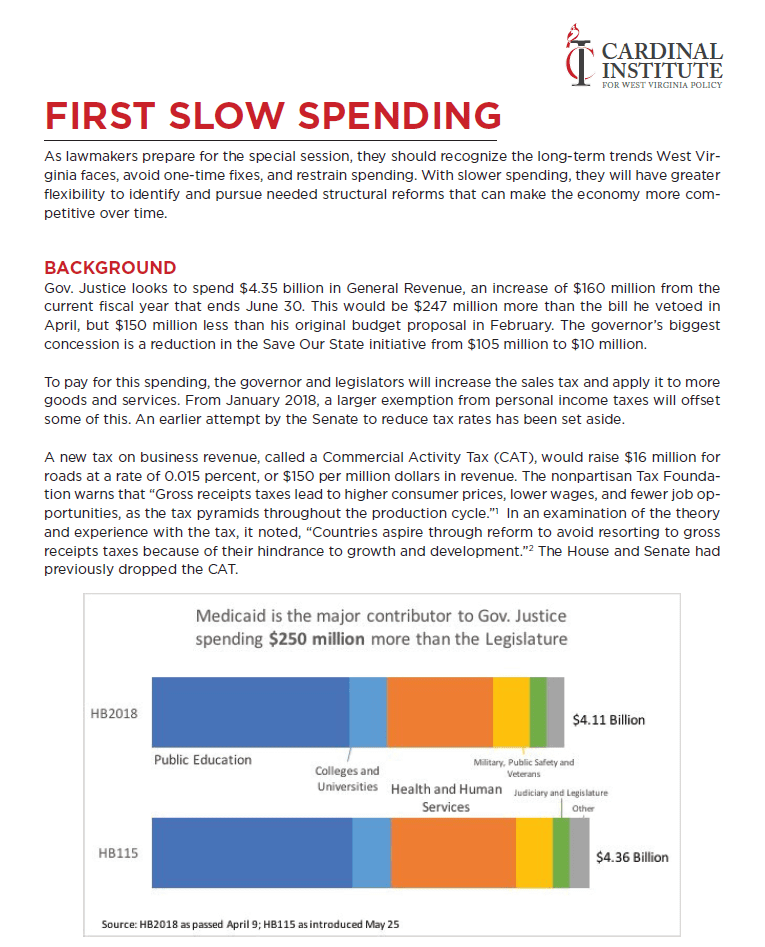 Since the beginning of the legislative session on January 11, 2017, West Virginia has been consumed with discussion over the budget crisis. While the discussion can be exhausting and repetitive, it has provided a forum for two competing visions for West Virginia. The first vision essentially doubles down on the idea that more government involvement will lead to increased prosperity for West Virginians. This would be primarily accomplished through tax increases and new government programs such as the “Save Our State” fund. On the other hand, a vision is being offered that relieves some of the burden on West Virginia’s taxpayers and puts the responsibility for improving our beautiful state in the hands of the private sector.

The following analysis, while brief, offers up our perspective on the topic – mainly that West Virginia’s government must not be allowed to continue to grow unabated. We hope you enjoy the piece, and please consider supporting the Cardinal Institute’s work by making a tax-deductible donation.