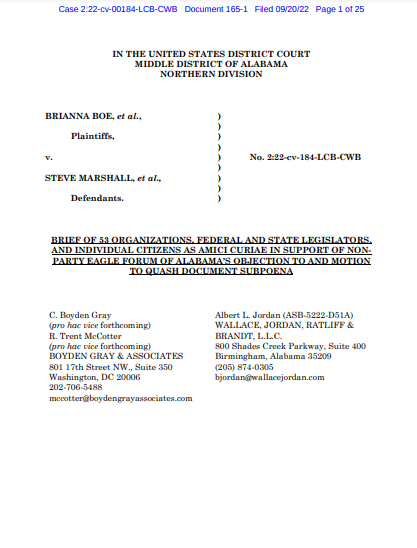 Amici comprise a wide range of organizations and individuals, from non-profit policy groups, to federal and state legislators, to individual citizens. Their interests and goals vary. But all agree that the United States’ subpoena in this case is a transparent use of the civil litigation process to chill the speech and political organizing of those who hold views contrary to those of the United States and the Department of Justice. The subpoena harms not just members of the public across all ideological and political spectra, who will be inhibited from open discourse and petitioning, but also legislators themselves, who benefit from hearing from their constituents without those citizens fearing subsequent federal investigations seeking reams of protected materials.