We’ve been hearing that line for a while, and no doubt, we’ll continue to – especially now that the special session on “education betterment” is complete, and that resolution included the West Virginia Legislature allowing for the creation of the state’s first (three) charter schools among the laundry list of other provisions and investments in traditional public schools.

At any rate, this catchy slogan presents an opportunity to explore the differences between traditional consumer markets and political markets.

Culturally, we tend to place high value on participating in political markets. We extol the virtues of civic engagement. We proudly wear our “I Voted!” stickers.  Many folks share their support for political “products” by putting up yard signs, slapping bumper stickers on their cars, and donning buttons, hats, or t-shirts. Some folks volunteer to knock on doors to rustle up support for their favored product. A few take huge leaps and boldly position themselves as the political products we will collectively choose among.

But, we don’t come to the political market every day.

Sure, there are a whole host of industries built up around this political market – mostly related to political advertising and communications. These auxiliary industries are probably operating nearly every day.

Not only that, there’s no price tag associated with the products in question. We can make some general inferences, but there’s little in the way of accurately informing folks how these political products will end up affecting our own personal budgets. Likewise, if we don’t like the product once we’ve obtained it, we’re stuck with it until the next election.

On the other hand, we interact with traditional consumer markets virtually every day.

Think of your typical weekend. You hop in your car, heed the siren song of the Bullseye, and head into Target. As you walk through the store, pushing your red cart along the aisles, there’s a wide variety of trinkets, food stuffs, home goods, clothing, and other delights available – with prices clearly marked – for you to put in your cart. Nothing goes into that cart that you don’t want. (Although, we are talking about Target here… so you’ve probably picked out plenty that you don’t need.)

Additionally, let’s say that something in your red cart of delights didn’t fit, isn’t what you wanted, doesn’t match the rest of the décor in your house, or you just decided you didn’t need it… you can take it back to the store, get a refund, and leave the store satisfied!

Another example can help illuminate the collective power of individual actions in the marketplace.

As a college student, a Coke Zero and a bag of Harvest Cheddar Sun Chips from the vending machines constituted a “meal” during quite a few study sessions in the Business and Economics building at WVU.

No longer could I casually and relatively covertly munch on a “healthy” snack while working my way through and committing various economic models and theories to memory. Every chip grab rudely disturbed whatever intellectual progress was being made with its loud crinkle.

And I wasn’t the only one who felt that way.

In the year following the biodegradable bag launch, sales of Sun Chips dropped by more than 10%, and widespread consumer backlash had the company altering the bags’ production by removing the material that made the bags so noisy.

People spoke with their dollars. No longer did individual folks have to spend their hard earned money on a bag of chips that crinkled loudly enough to remove any hopes of covert midnight munching. All of these individual decisions taken together signaled that fixing the bags was an initiative the company needed to take seriously.

…much sooner than the next election.

Jessi Troyan, Ph.D. is the Development Director and economist for the Cardinal Institute for West Virginia Policy. 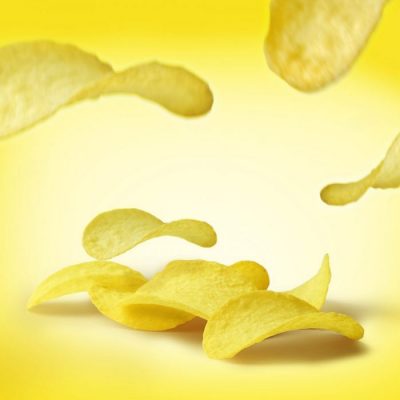