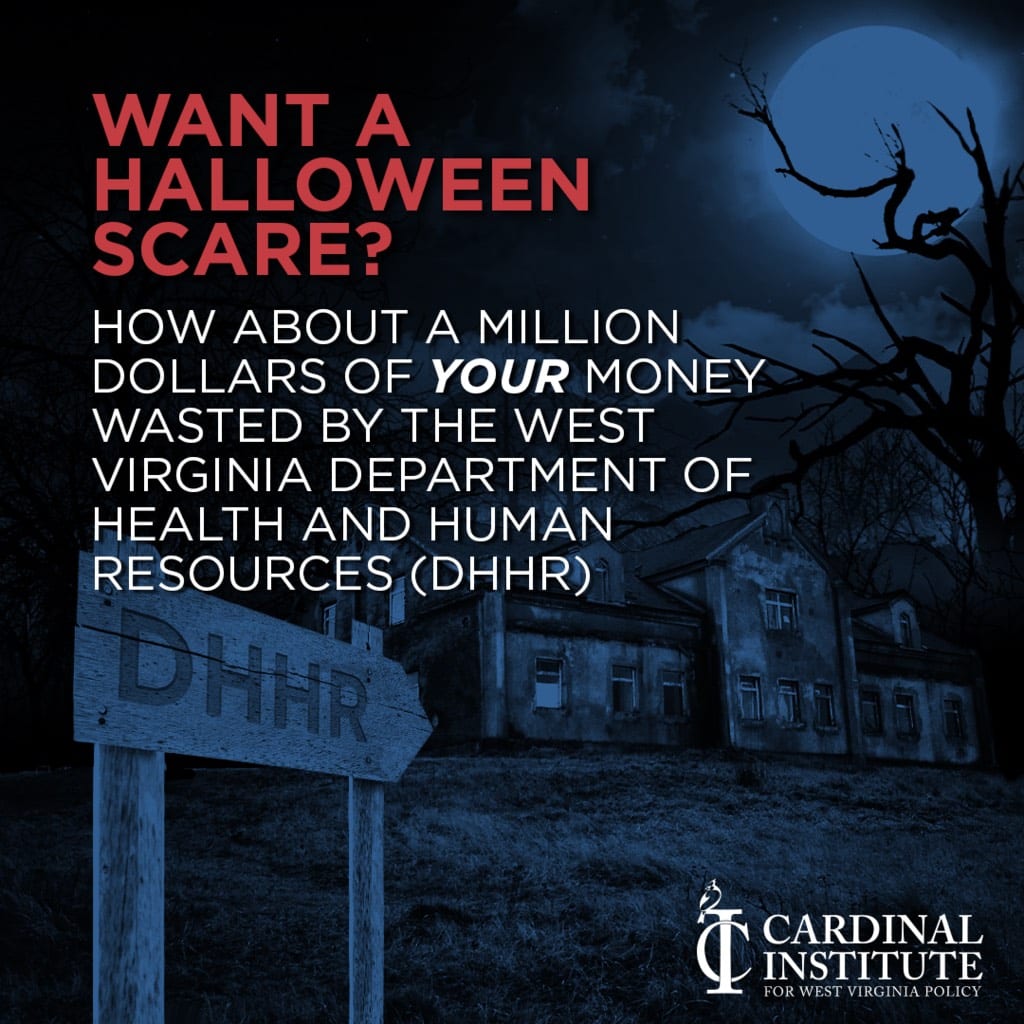 In these Halloween Haunts, we share some frightening government waste of taxpayer money that is truly scarier than any horror film!

The West Virginia Department of Health and Human Resources (DHHR) wasted nearly $1 million in taxpayer money between 2015 and 2018 by continuing to pay rent money for unused office space.

State auditors discovered that while DHHR moved its offices to a new state office building in May 2015, it continued to pay rent for years at Middletown Mall in Marion County despite ending its lease. At $30,907.34 per month the tally added up. The state (read: taxpayers) coughed up $989,034.88 in total to Pin Oak Properties LLC in Morgantown before the payments stopped in February 2018.

“If we can’t find a way that this was illegal, it needs to be made illegal for the future,” he said. “Am I glad that it was found? Absolutely. But this is not something that we’re happy about.”

DHHR released a statement calling the payments unacceptable and thanking the auditor’s office for bringing the situation to light.

“As soon as this situation was discovered, the payments were immediately stopped and action was taken, including the creation of new internal policies to ensure that this issue never occurs again,” said DHHR Secretary Bill Crouch. “DHHR is exploring legal options to recoup funding from this landlord for the improper payments they received.”[ii]