A Conservative Budget for West Virginia

From 2007 to 2020, there have been only four years where the West Virginia general revenue appropriations have exceeded population growth plus inflation. In nine of those years, the West Virginia Legislature passed a budget that was anywhere from $3 to $244 million below the calculated conservative budget level. The FY 2013 passed budget was exactly equal to population growth plus inflation.

While exact figures are unavailable for population change and inflation for FY 2022 and 2023, existing trends suggest that there will continue to be a gap between the budget passed by the legislature and the proposed and calculated population growth plus inflation ceiling amount for a conservative Mountaineer budget. Not only that, will that gap exist, it is likely to grow even more favorable toward average West Virginia taxpayers’ ability to pay for state government.

In FY 2021 alone, the fiscal restraint exhibited by West Virginia lawmakers represented a relative savings of $38.84 per person, and slightly over $155 per family of four throughout the state. That budgetary restraint is trending toward being even more favorable to taxpayers in terms of relative savings in the 2022 and 2023 fiscal years. To illustrate, based upon the FY 2022 budget passed by the legislature, the most recently reported inflation numbers, and assuming no loss of population in the state, each resident’s burden of state government is almost $260 below the population growth plus inflation budget ceiling.

As West Virginia closed out the 2022 fiscal year with a $1.3 billion revenue surplus compared to estimates, temptations abound for new programs, new spending, and other initiatives that may increase the burden of government on the average taxpayer. Considering this current context, lawmakers concerned about maintaining fiscal conservatism should consider adopting something more formal that constrains the growth of West Virginia’s budget to a ceiling of population growth plus inflation.

Through a formal adoption of the principles that are foundational to a conservative budgeting approach, West Virginia lawmakers can demonstrate to citizens that they take seriously the responsibilities and burdens of government. Maintenance of this budgetary discipline creates opportunities for lawmakers to increase the attractiveness and competitiveness of the Mountain State through principled tax reforms. 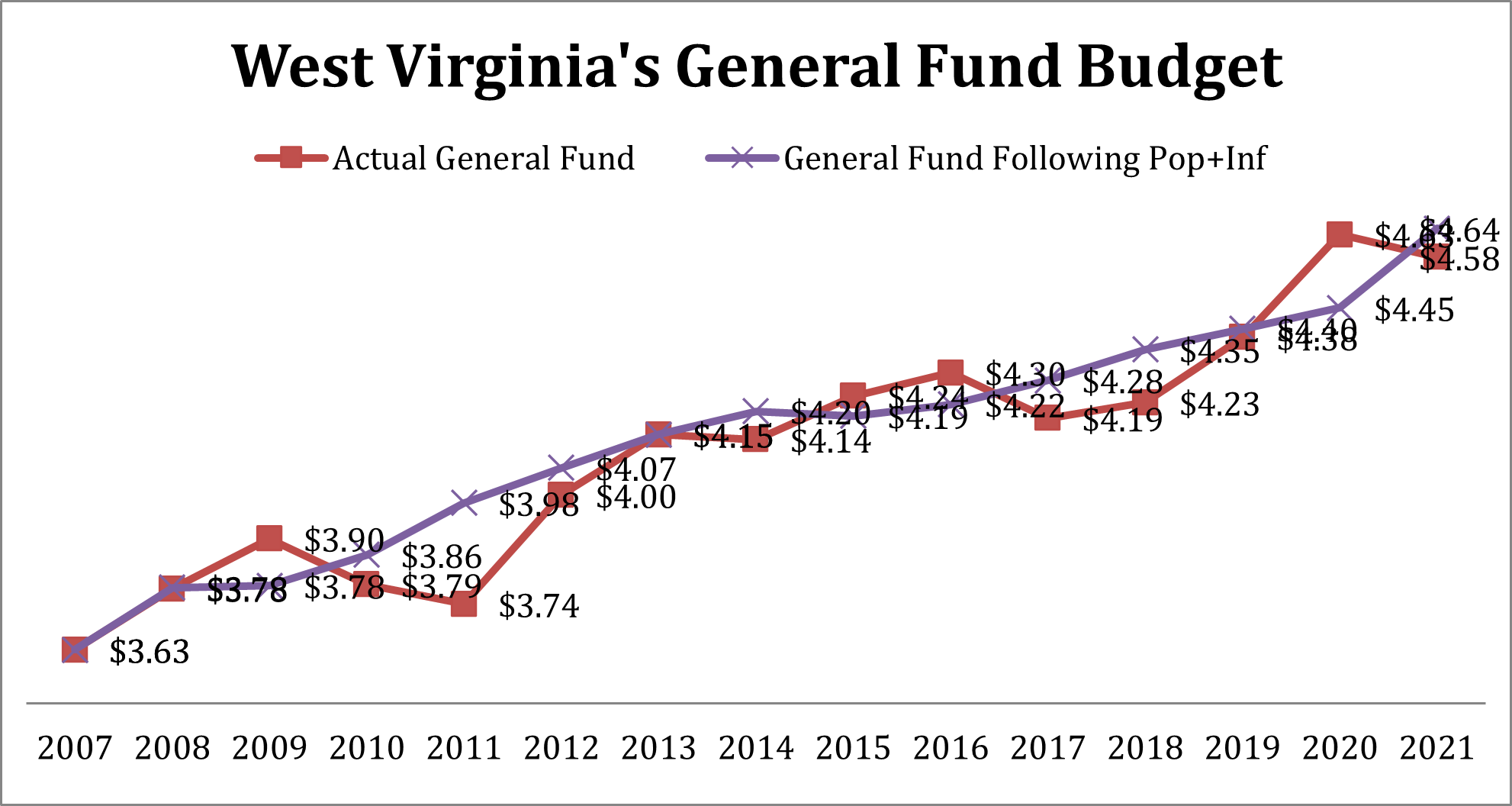